We are Freedom Fellowship

Our vision is to seek out and win the lost and disciple all believers into the calling God has on their life, teaching them to observe all things Jesus taught. (Matt. 28:20) We want Freedom Fellowship to operate in the five-fold ministry of Jesus as referred to by the Apostle Paul in Ephesians 4:11, raising up all believers to be a part of that ministry for the perfecting of the saints. Our desire is to worship Jesus in spirit and truth with demonstrable passion; to send out equipped ministers for the edifying of the body of Christ.

Freedom Fellowship was founded in September of 1995 by a group of people who knew that God had more for them to do and to experience.  We had been meeting in founding Pastors, Bro. Shannon and Sis. Julia Kilpatrick’s home for prayer meetings, when the Lord impressed on us the need to start a church. We had our first service with 45 people in attendance. We continued to meet in the Pastor’s garage and expanded it twice.

After eighteen months we had the opportunity to acquire the building which had been Evergreen Assembly of God at Hwy 1122 and Hwy 92, North of Silsbee and began to meet there in January of 1997. The Lord continues to bless us with growth. We made many improvements to the building, built a portable building to accommodate our classroom needs, and later rented a mobile unit for children’s church and youth meetings. The Lord continued to add to the church, so we rented the property next door for more classroom space. The need for expansion was evident, but we had outgrown our 1 1/3 acres.

Nine acres of land was offered for sale on the corner of FM 418 and FM 1122. After much prayer and discussion, we purchased the land. In February of 2007, we began construction for our new building. God blessed us every step of the way with finances and volunteer workers. In September 2008, we were nearing completion of the building when Hurricane Ike hit. The roof of our old building was destroyed which forced Freedom to move into our new building unfinished. For a few months we met in our new building on concrete floors with a forklift sitting in the corner. God blessed us with sale of our old property which provided for the completion of our new building. Through the whole process, God provided and we completed the new building in the spring of 2009 completely debt free.

God was blessing in amazing ways. Our congregation tripled in size within a few years and once again we were facing the same challenge of space.

The original plan was to construct the first building with the understanding that the main auditorium would be constructed later. In the spring of 2013, we began construction of the main auditorium.  Just as before this was a “pay as we go process”. This project took about three and a half years to complete, but God was faithful in providing, and construction was once again finalized debt free.  We held the first service in the new auditorium on August 7, 2016. All glory to Jesus!!

Pastor Billy and Sis. Tera Kilpatrick began serving in ministry together as Worship Pastors at Freedom in the spring of 2000 with a passion for worship. Neither realized the journey the Lord was about to take them on. In 2003 they were burdened by the call of God on their life so in obedience, surrendered to the ministry. Both were ordained on October 12, 2003. Through the next 14 years, God refined them and strengthened them as a couple and as parents.

As God began dealing with Pastor Shannon and Sis. Julia about retirement, He was also speaking to Pastor Billy and Sis. Tera about stepping into full-time ministry.  In March of 2017, Pastor Billy quit his job with BASF to be the full-time worship pastor. Throughout that year, he took on many of the Pastoral responsibilities. On February 11, 2018 Pastor Shannon and Sis. Julia Kilpatrick retired and Pastor Billy and Sis. Tera were set in as Senior Pastors of Freedom Fellowship. They believe the time they spent serving in ministry under the founding pastors helped mold them into the ministers they are today, ministers with the vision for a congregation of Holy Spirit empowered disciples making more disciples for Christ.

V. Ordinances
A. The Lord’s supper is kept in remembrance of Christ’s death.
(I Corinthians 11:23-29)

Check out our ministries there is always a place for you! 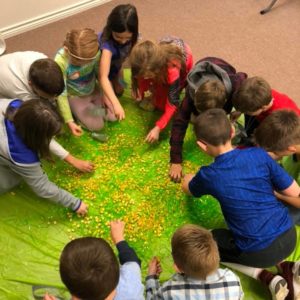 Find out more about our Kids Ministry 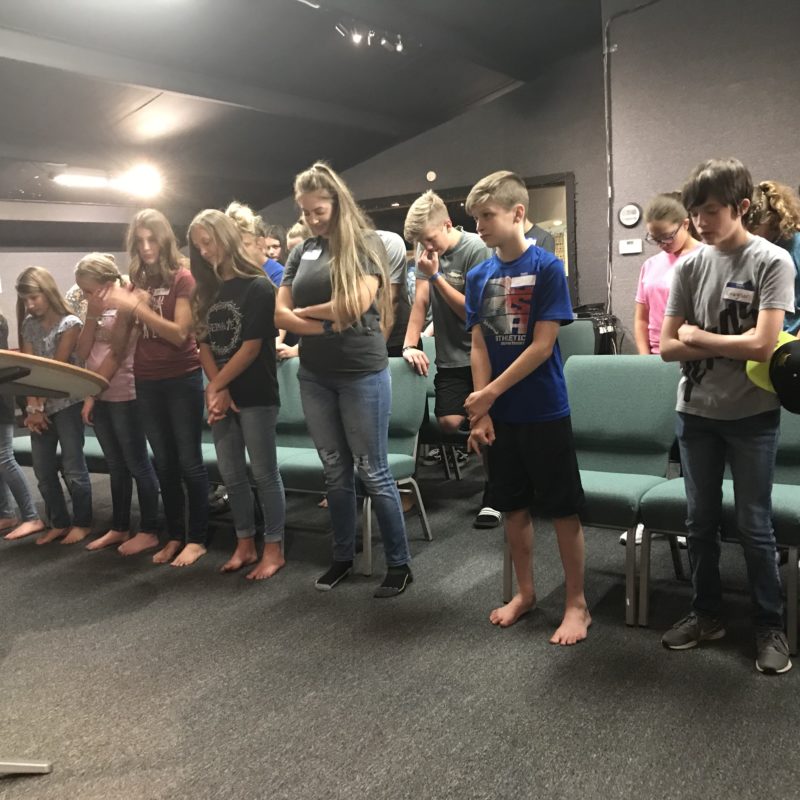 Find out more about our Youth Ministry 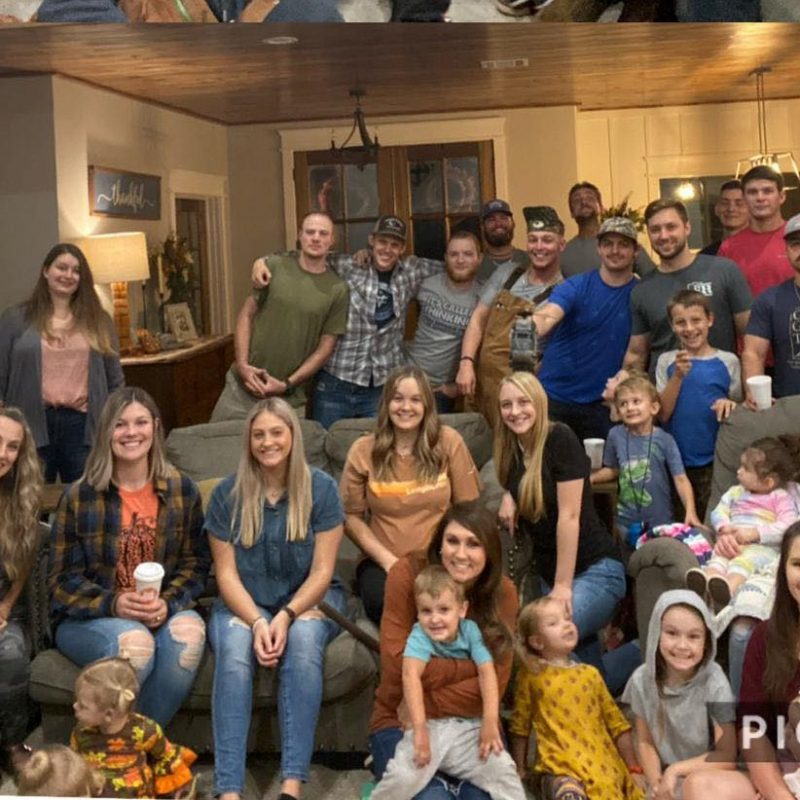 Find out more about our Freedom Young Adult Ministry 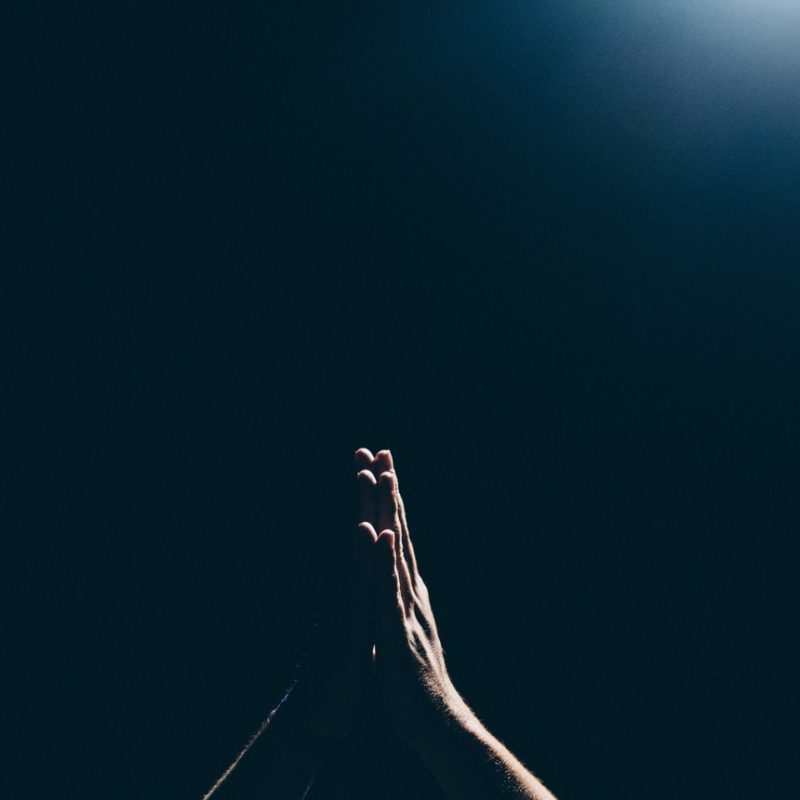 Find out more about our Prayer Room